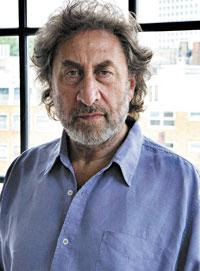 In the much-needed discussion regarding the purpose and practical effectiveness of prisons in the UK comes Howard Jacobson's recent diatribe about "what the people want...". Writing in the Independent about the debate concerning the early release of Lockerbie bomber Megrahi, Jacobson opines that it appears as if everybody is being released from prison these days. In the face of apparent efforts to instantiate compassion within the modern penal system Jacobson believes that our brains must have shrunk, and claims, in a piece spotted with clumps of Shakespearean faux-gravitas, that he is suffering from compassion fatigue. Reading his pathetic reactionary musings one might be forgiven for thinking that he is suffering from chronic cognitive fatigue syndrome. I suspect with Jacobson it's fatal.

Beginning with the laziest sketching of Ken Clarke's recent reflections on the UK penal system as little more than 'a declared intention to let everybody out', Jacobsen, in moronic bible-black mode, rants on like a crazed post-apocalyptic Fox news presenter about the need for a return to harsh retributive justice, a ludicrous 'lock 'em up and throw away the key' mentality where notions of eternal damnation together with the ever-present classist stench of an 'us and them' ethos rule the day. His article, despite its malodorous Old Testament hyperbole, just comes over as the insubstantial ravings of an urban middle-class tosser who believes things like compassion, progressivism and enlightenment are mere lifestyle choices, equivalent to dabbling in the Kabbalah, Macrobiotics or Pilates, to be shed once one has become sufficiently jaded and fatigued by them. For the bloated reactionary compassion fatigue sits quite comfortably alongside a bored satiation with full-fat milk, sun-dried tomatoes and modern dance. His piece conjures up the image of Jacobson waking up in the morning, farting out the maladorous remains of the previous evening's dinner party, and saying to himself - 'Enough of these liberal enlightenment ideals, let's see how being a reactionary twat feels!'

Jacobson's moronic reflections on the nature of compassion attempt to accuse it of being gratuitous. But surely all compassion is gratitous...isn't it? Compassion, by its very nature, involves attitudes and actions which cannot be resolved to those either deserved or reasonably expected. Compassion cannot be reduced to suffient reason (despite the fact that Jacobson seems incapable of even the simplest acts of reason) - it is, and always has been, marked by a certin amount of gratuitous and non-instrumental excess. It arguably guards against a slide into the worst excesses of social instrumentalism and barabarism. Jacobson is either too stupid, jaded or fatigued to understand this; rather, in his article we are treated to the sort of ignorant invective we might expect from a dissapointed and embittered uncle who thankfully doesn't visit all that often. Consider the following:

'The trouble with prisons, Kenneth Clarke has been telling us, is that they make no difference; we no sooner let offenders out than they offend again. I propose a simple solution to that problem - keep them in. Where the original offence was serious, the slightest suggestion that they will repeat it should be sufficient to extend their stay. Until when? Doomsday, if necessary.'

'Rehabilitation is a fine ideal, but it is secondary to our own problem.'

'The first justification of the prison wall is that it separates us from those who will harm us if they can. The second is that it enables society to honour the retribution we individually crave but cannot individually exact.'

'As long as I can remember the political debate on law and order has been reduced to a competition over whether a government has spent more public money and locked up more people for longer than its predecessor...It now costs more to put someone in prison – £38,000 – than it does to send a boy to Eton...The consequence is that more and more offenders have been warehoused in outdated facilities and we spend vast amounts of public money on prison. But no proper thought has been given to whether this is really the best and most effective way of protecting the public against crime.'

Clarke argued that prison should continue to be the necessary punishment for many offenders, but questioned whether 'ever more prison for ever more offenders' always produces better results for the public. He observed that the record prison population and the crime rate in England and Wales are now among the highest in western Europe. Just locking people up without actively seeking to change them is 'what you would expect of Victorian England' and noted that reoffending rates among the 60,000 prisoners given short sentences has reached 60% and rising. He added:

'This does not surprise me. It is virtually impossible to do anything productive with offenders on short sentences. And many of them end up losing their jobs, their homes and their families during their short time inside.'

In the midst of being struck with a terrible bout of enlightenment fatigue, Jacobson seems happy to woefully misrepresent Clarke's contributions to this vital debate and to wallow around in the insubstantial pigshit of his own jaded opinions. He does all of this while believing that he is 'speaking for the people', 'telling it like it is' and voicing 'what we all think'. This is a particular myopic middle-class craving with a long and patronising history associated with paternalism, ignorance and class hatred.

Jacobson closes his piece with feigned disbelief at a quote from a letter by the sister of one of the Lockerbie victims who had the temerity to wish the freed Megrahi 'well'. Jacobson's despicable attitude towards this sentiment is emblematic of his deep and malignant stupidity. For him this person's gratuitous and compassionate sentiment signals nothing less than a 'New Inferno' - 'where there is no underworld, no ascending circles of sinfulness, just a flattened plain of minor miscreants to whom we extend warm greetings.' No Howard...it is simple evidence that other 'people' are capable of not only conceiving of compasison but of actually acting with it without becoming bored, jaded or fatigued. Other people, Ken Clarke included, also seem to have the capacity for thinking about the penal system in ways that offer the possibility of individual rehabilitation, social cohesion and hope, a capacity you so obviously lack.