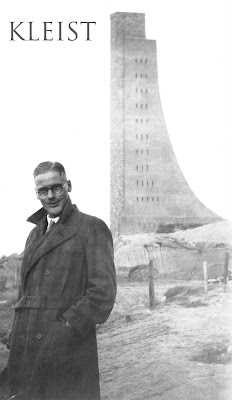 Today we’re launching the website for our film Kleist. This film is a small collaborative project, and consists of a photo-roman documentary that tells the remarkable story of the mysterious disappearance of the German physicist Gustav Kleist. I have spent the last two years researching the life of the mysterious German physicist Gustav Kleist, collecting a sizeable archive of rare photographic images and recorded interviews with his wife detailing the mystery of his disappearance in 1942.
Posted by Darren at 03:18 No comments: